Finally a nice one looker rock solid WW2 camo helmet. This is an M42 ET66 from late 1942 according to it's rear lot number 1762. The Brian Ice data book as well as the dark blue interior paint indicates that this original was a single decal Luftwaffe man's helmet that was repainted in bright and broad camo paints most likely a year or so before the anticipated Normandy invasion. From past experience I have concluded that Luftwaffe camo paints tend to be a little more colorful and brighter than Heer camo helmets as I believe this is mainly due to Luftwaffe units being behind enemy lines and therefore having both more time and access to various paint options.

This is a wonderful example of a crudely applied Normandy camo paint scheme in 3 colors and applied by a horse hair brush. It would appear that firstly a base layer of tan yellow was applied to all of the outside of the helmet followed by brushed on splotches of green and some reddish brown hues as well.

The inside liner is 100% original and has a nice bowl shape to the leather. All 3 split pins are original to the helmet and have matching paint.

A real nice one looker camo helmet and in a large size 66!!! 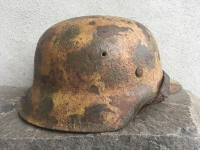 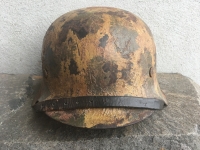 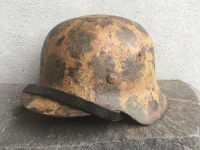 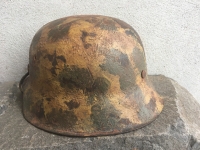 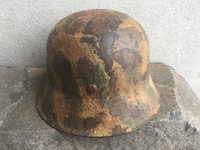 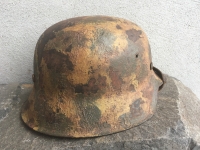 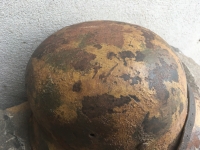 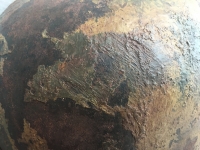 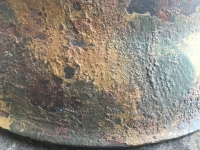 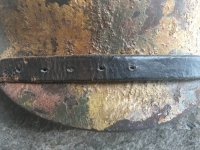 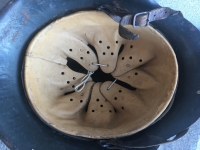 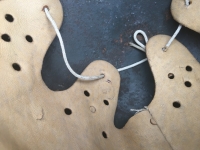 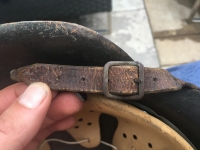 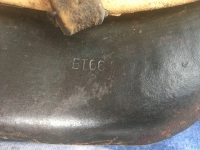 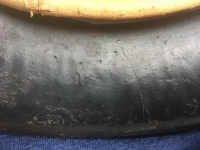 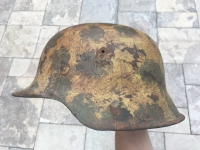 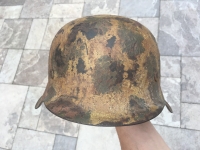