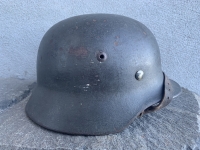 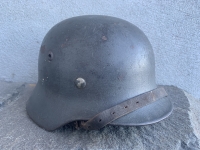 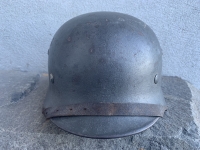 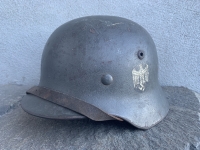 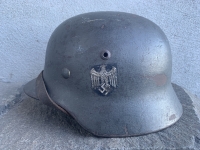 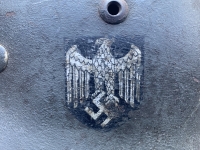 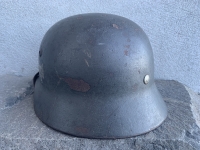 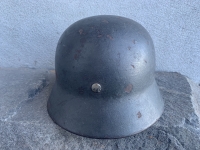 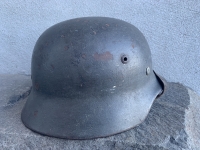 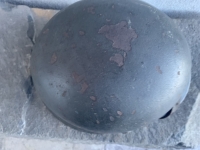 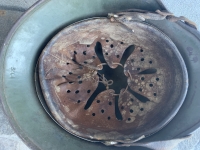 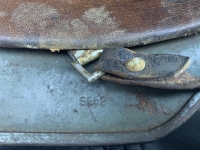 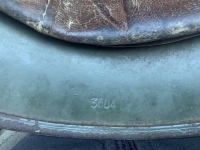 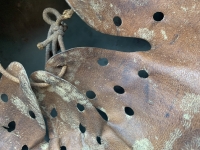 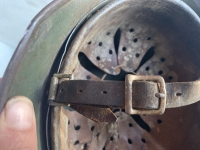 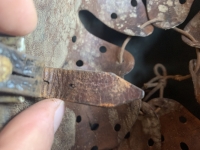 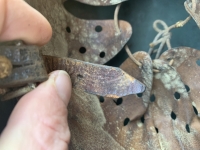 DESCRIPTION
This helmet came fresh out of the woodwork from the daughter of a long time collector stretching back all the way into the early 1950's. This helmet is completely untouched since the war and has lots of great character and charm. Originally this left the SE factory in as a double decal Heer army helmet in early 1938 according to it's rear lot number of 3604. Subsequently during the war years the outside paint was either too shiny or too far gone and so the soldier had to hand it back into to the local helmet depot for a general refurbishing. Basically all that happened was that the inside smooth green factory 1938 paint as well as the aluminum early war non-reinforced liner system was completely left in tact. The chinstrap buckle is a patinated aluminum with a faint indiscernible factory stamping at the end. Even both decals and the outside smooth pea green paint were completely left alone. Only then probably sometime between 1940-43 was the entire outside of the helmet repainted in a dark textured feld grau and a brand new ET adler decal was then freshly applied to it. From the nature of the outside paint and decal I would conclude that this re-issuement was most likely done around 1940/41 as it does show signs of several years of combat wear to the helmet's exterior. A wonderful untouched and un-messed with example from WW2.