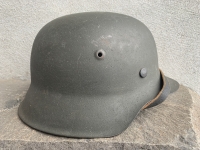 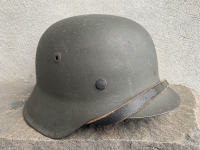 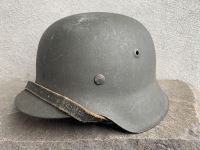 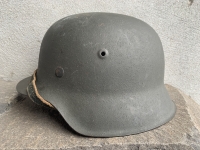 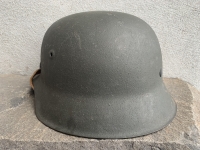 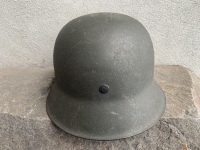 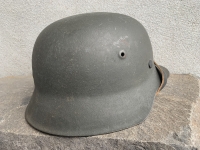 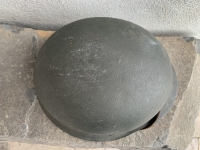 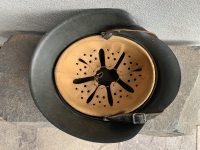 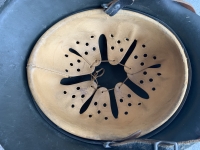 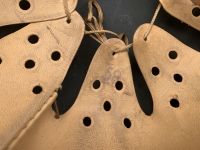 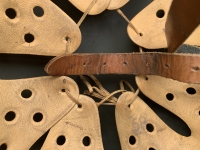 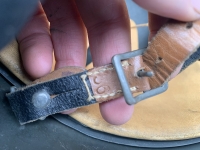 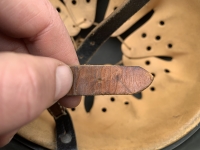 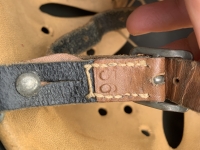 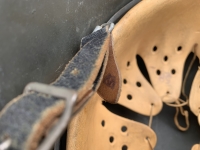 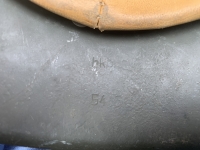 DESCRIPTION
This is a wonderful stone cold mint example of a late war M42 HKP66 no decal helmet. I got a great deal on this beauty because the local military auctioneer described the inside liner as most likely a "post war reproduction" and so the bidding was very light and very one sided in my favor. The liner is basically so nice that to the untrained eye one would have assumed it to be too new and not 80+ years old. A good nose and careful examination of the leather proves otherwise. Remarkably the original chinstrap is still fully intact and RBN marked. Helmet has your classical really rough HKP texture to the outside paint. I have found that for whatever reason that HKP used the roughest grit in their factory paint and so are the most abrasive to the touch.