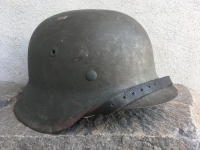 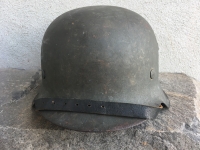 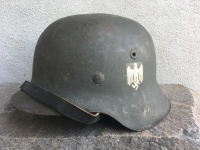 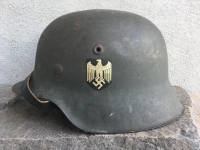 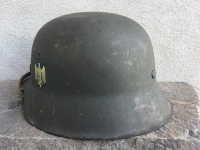 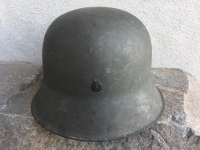 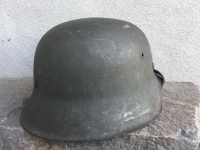 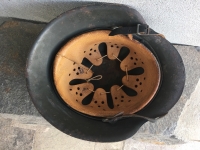 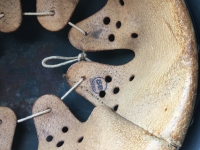 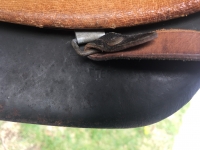 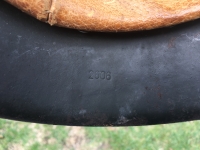 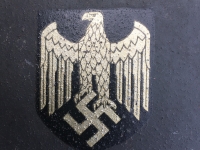 I once heard this particular configuration of a helmet as the "ubiquitous" mid war German army helmet. I prefer the word "iconic" single decal Heer. Well if you love mint decals than this beauty will definitely win you over with a near 100% ET factory eagle. The inside liner is mid-war pigskin so it has that nice football feeling to it. There is a little bit of rust along some of the inside edges most likely from being place down somewhere moist for a period of time however the outside is pretty much as nice as one could expect from a wartime combat helmet. Chinstrap is original and marked "dla 43" but was broken off at the end and so I re-attached it using a thin mylar strip and some leather glue for a nicer more continuous appearance.