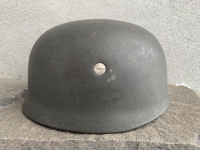 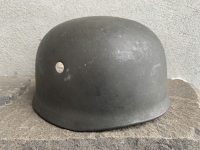 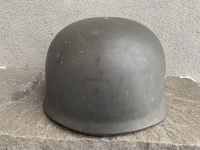 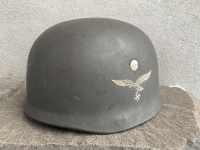 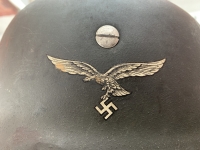 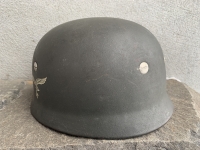 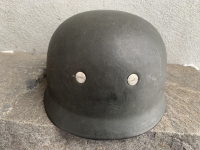 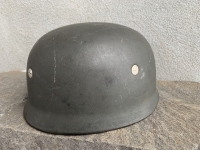 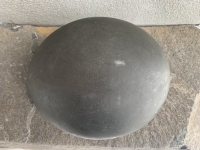 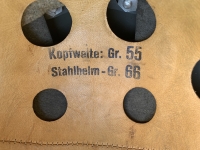 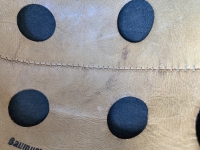 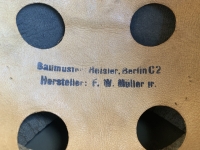 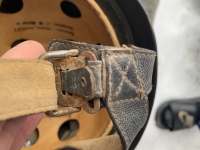 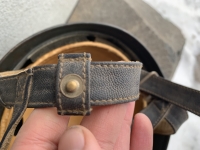 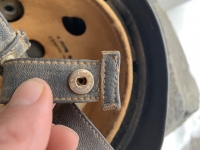 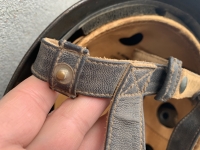 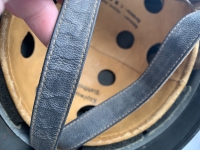 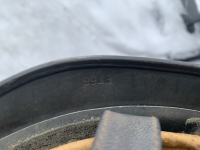 Background: As a result of observations of the Russian experimentation with the newly developing paratroop personnel in 1928 the Germans began serious consideration of also developing paratrooper units and plans were drawn up for formation of such units in late 1935. Both the Luftwaffe and Army eventually established paratrooper units, consisting of voluntary personnel, on January 29TH 1936 and March 31ST 1937 respectively and a paratrooper training school was established at Stendal in early 1937. Originally development of special clothing and equipment was undertaken by both branches of service to provide the paratroopers with functional items specifically designed with parachute jumps in mind until January 1ST 1939 when all the paratrooper units were transferred to control of the Luftwaffe. One of the items developed for the paratroopers was a specially designed helmet first introduced in 1935. This first pattern helmet was found unsuitable and a second pattern was introduced on June 16TH 1938, and remained in use until the end of the war with minor variations.

DESCRIPTION
Nazi German WWII Luftwaffe Paratrooper Fallschirmjager Combat Jump Helmet. This is a single decal paratrooper helmet with slotted bolts with the vent holes. It has a dark blue gray painted finish. The left side has the flying Luftwaffe eagle decal. The interior has the brown leather liner that is marked 'Baumuster : Helsler Berlin C 2 Hersteller Schubert Werke Kopfwoller Gr 55 Stahlelm Gr 66'. The inside skirt is maker and size marked 'ET 66'. The stamped batch number reads '5058'. The mid-war chinstrap is made from pigskin with a textbook friction slide buckle and PRYM stamped fasteners. Overall a magnificent example and in near mint condition especially with it's Luftwaffe eagle being almost fully intact.