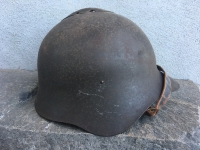 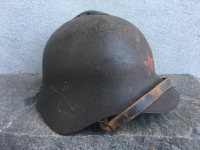 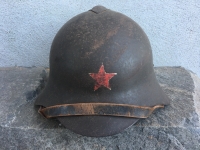 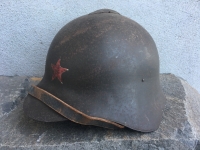 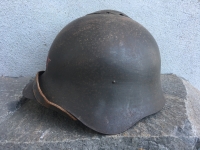 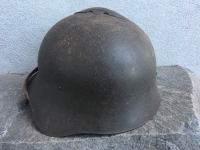 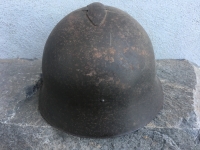 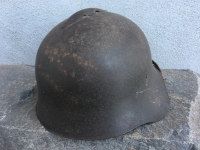 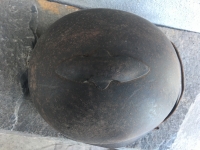 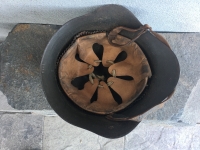 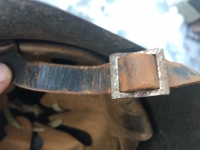 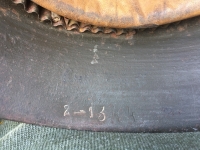 This fine example has nearly 100% of it's original factory paint still in tact with only minor areas of surface rust bleedthrough. The original liner appears to be a transitional leather hybrid somewhere in between the model 40 and the the canvass bowl system. The leather chinstrap is fully in tact and has never been altered or shortened and is permanently riveted to the chinstrap bales. The Russian helmet came in 4 sizes and this one I believe is a size 2. The rear lot number is 2-1344.

The Soviet red star on the front of the helmet I have looked under a USB microscope and I believe it to be 100% legit and original to the helmet based on the surface oxidation patterns which pass through the red paint.

This entry was posted in HEER, Other. Bookmark the permalink.