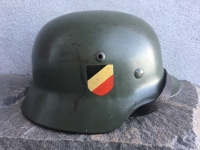 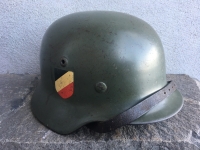 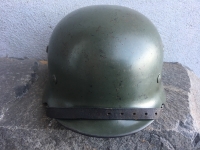 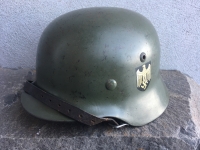 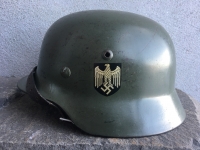 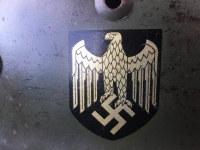 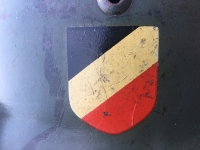 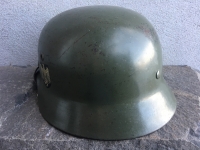 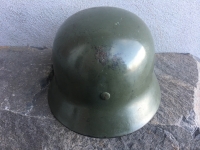 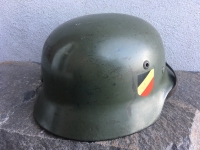 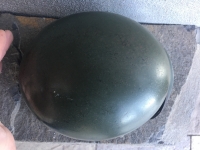 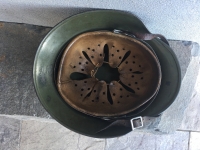 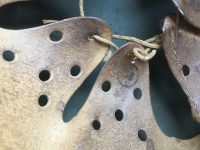 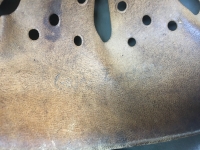 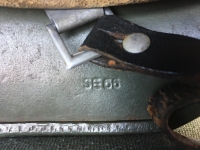 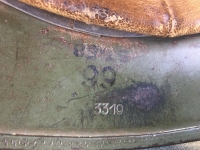 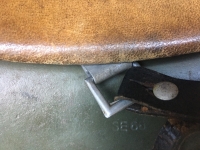 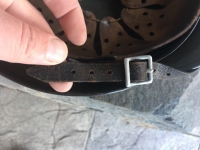 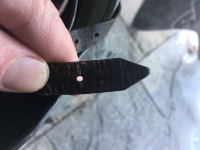 DESCRIPTION
Here is a helmet fresh out of an old time collection in southern California.
A great place to find helmets as the dry heat tends to inhibit the rust process and maintain original paint the best. Here is a wonderful example of a pre-war 1938 example just before the invasion of Poland and during the German expansion into the Sudetenland. The outside and inside paint are your smooth apple green color which in the case of the SE factory is actually the lightest shade and almost like a seafoam green and very eye appealing. The eagle is your textbook ET version not made by ET but just the same eagle that both ET and SE used at the time with the tiny black dot on the right talon. The inside liner is also 100% original and all 3 split pins are original and never messed with. The chinstrap is full length and stamped "Joseph Moll Goch 1938".

This helmet was previously marked as sold however the initial buyer changed his mind and decided to change his collecting focus buying a number of SS insignia items from me instead. I have since decided to keep the helmet in my own personal collection and for general show and tell on the site.