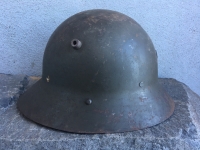 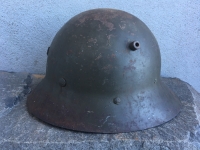 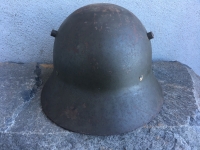 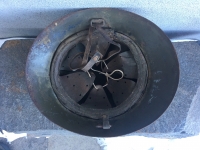 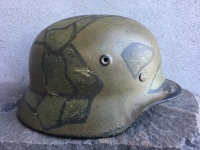 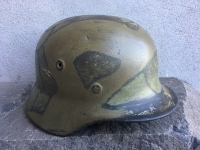 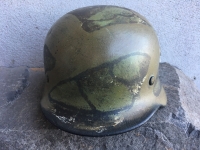 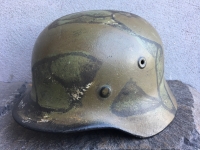 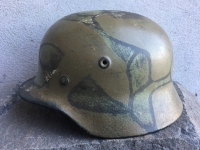 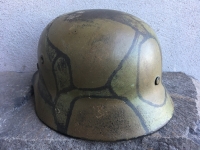 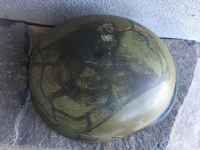 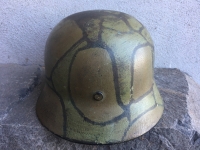 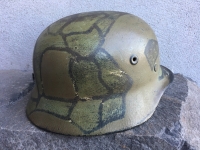 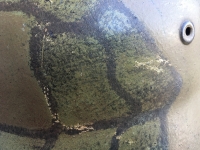 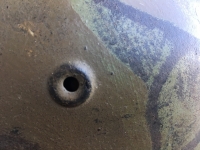 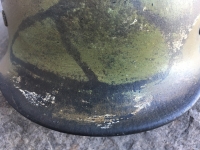 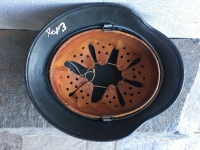 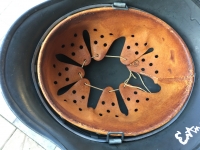 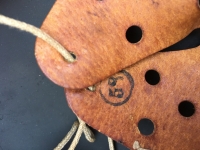 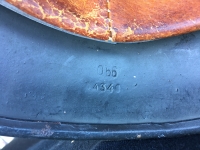 DESCRIPTION
Well my website is called Helmets of War for a reason even though most are from the same Axis power here's a non-Germanic example to highlight other nations who fought in the war.

This is a rare M30 Czech manufactured helmet with ventilator lugs, front mounting bracket with no badge and 8-finger liner. This has most of it's original chinstrap still intact. This is painted a green/brown indicating international brigades fighting mainly in Spain.

These helmets are very rare because as only about 100k were ever produced and they were only made from 1930-32. Most were melted down in the late 1930's on the advent of WW2 when the Czech government needed high grade metal for their new egg shaped helmet. Very few survived fully in tact with their original paint, liner system and chinstrap. Really cool look to it as you almost don't know where the front and back start and end. Appears almost medieval inspired.