This is by far the nicest example of a late war single decal army helmet I have ever come across.  It honestly appears as though it saw very little or not combat action as if created and then never having left the factory floor or quartermaster's storage depot. As both the decal and original late war chinstrap are in gem mint condition. Due to shortages throughout the war the leather liner is actually one size too big and so there is an overlapping of one of the fingers which gives one a fascinating look into the desperation faced by late war Germany. The factory applied NS Pocher decal is absolutely breath taking and rates at a whopping 100%. They just don't get any better than this one.
If you can find a nicer SD Heer online anywhere I'll offer you a -$100 discount!!! 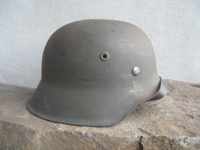 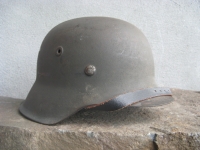 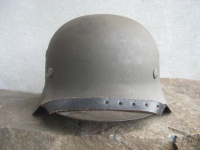 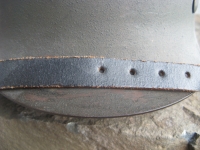 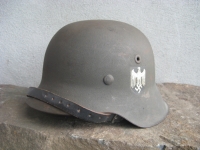 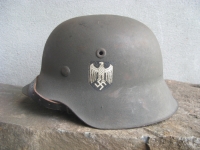 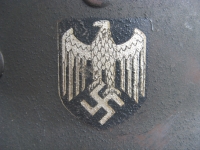 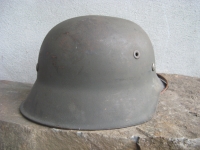 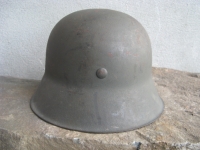 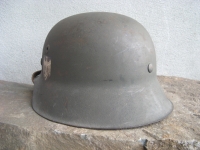 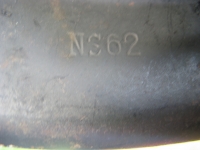 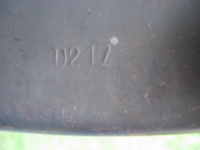 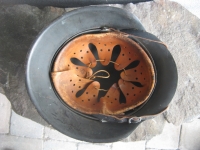 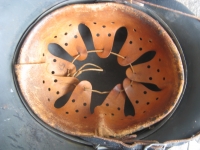 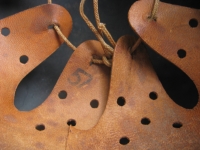 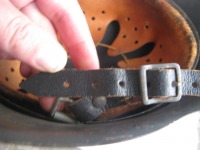 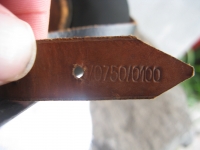 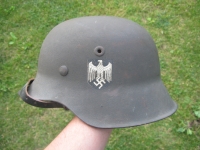