This is by far the one of the nicest LW SD helmets I have ever seen as the paint is an incredible 99%+ in tact and the decal even nicer at an astonishing near 100% perfect making this helmet truly a miracle of survival!!!   The size marked Q60 DN127 makes this a no brainer of being originally issued for service for a member of the Hitler Youth as no man or even most teenagers could fit this on their heads into this small thimble.  The lot number DN127 proves that this helmet was manufactured in 1941 by the Quist firm in Esslinger. The young boy who would have worn this probably didn't see much action or was captured shortly after being issued it as there is almost no wear on it and the decal is in remarkable near perfect condition!!!  This young boy as part of his forced service to the Third Reich maybe have been serving with a Luftwaffe Youth Flak division and be the one and only Josef Ratzinger our beloved Pope himself.  As I said in the title this helmet is in IMMACULATE condition and the Pope was 15 at the time serving with the Luftwaffe and would have worn a small size helmet so the possibilities are endless here.  Some Catholic fanatics will pay thousands for toast in the image of the Virgin Mary so why not a few thousand for an artifact of WW2 and the Pope's very own Nazi issued helmet? 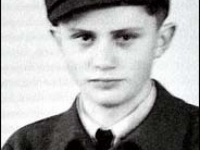 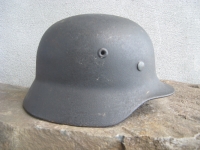 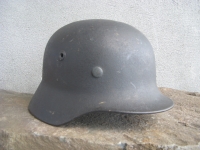 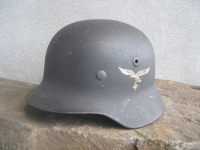 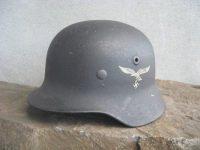 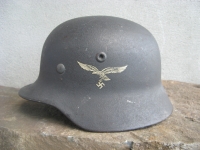 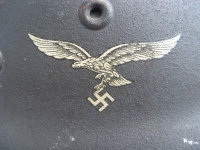 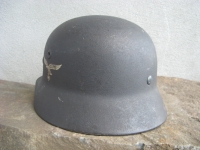 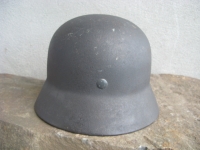 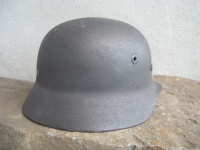 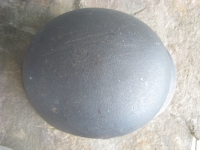 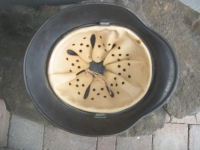