This is a recent find from a rural pawn shop out of Georgia.  Completely untouched and never in a private collection it's coming direct from the 70 yr son of a US vet.  What's great about this particular example is that it neatly reflects the short lived transitional period in early 1940 when helmets were no longer being given two decals and a smooth semi-gloss enamel but instead one decal and a flat textured finished for less sunlight reflectivity in the field.  This helmet marks that turning point when there were still M35 shells mixed in with newer M40 shells and so an M35 shell being painted as per 1940 specs.   What is also very interesting is that the inside liner is very early dated 1937 non-reinforced aluminum square bales and so not only earlier M35 shells were being used but also earlier liners so there was quite a lot of mixing and matching going on at this time to fulfill factory contracts.  The chinstrap is dated 1940 Loburg and the liner has a wonderful butter smooth feel to it so this helmet was definitely worn during the war.  The outside paint is about 98% and has lots of great natural field wear with a stunningly 99% LW decal slightly tea toned from the oxidization of the tropical lacquer resin used at the time.  This helmet also came with an original party armband from the exact same vet's son and so this will included as a free add on to keep both items together for posterity.  The armband is the later war printed version as opposed the earlier ones made of 3 part construction.  The late war printed versions are somewhat rarer than the layered ones and are worth a bit more at around $100 as opposed to $50-$75 for the more common version.  Photos provided at the end of the listing of the arm band. 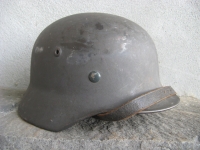 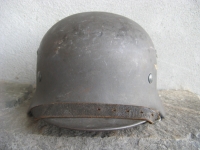 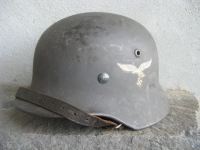 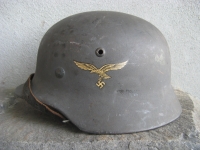 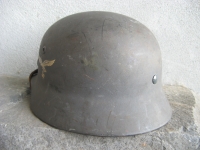 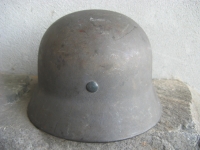 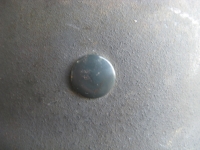 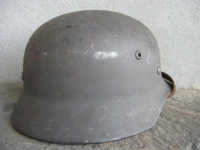 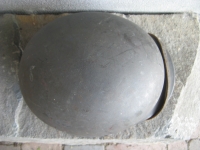 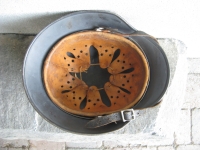 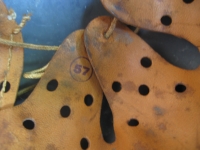 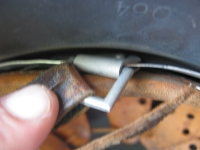 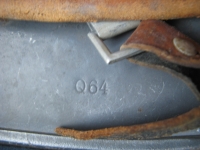 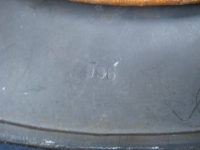 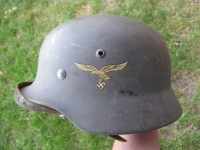 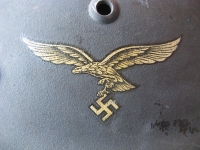