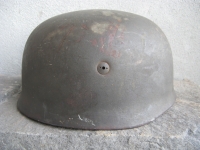 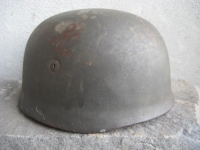 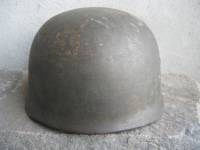 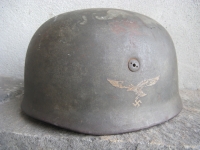 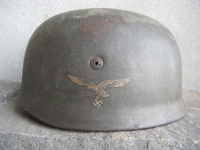 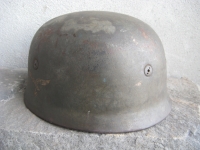 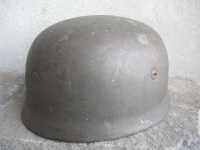 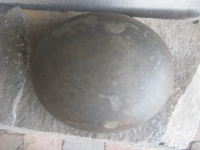 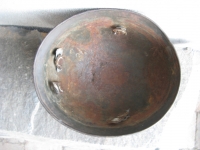 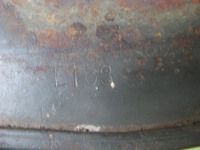 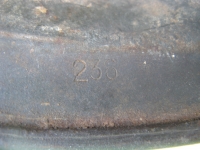 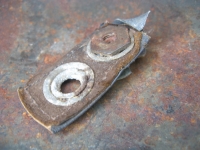 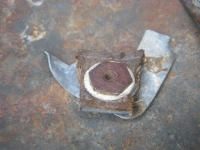 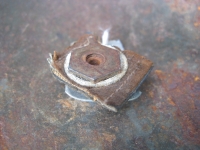 This is one of the holy grail examples that most collectors would all love to have.An untouched all original M38 Fallschirmjager/Paratrooper helmet is something that I don't get offered very much as they appear to be extremely rare in comparison to all other branches of service and most likely even more scarce than SS helmets are.

The remains just as it was received with 90% of it's outside textured paint still intact and an 85% LW amber toned decal.  Sadly the inside liner has fallen apart and disappeared over time however all four spanner bolts are still in place as well as some residual outer band and both ends of the original chinstrap.  The inside rust is only surface rust and not pitted or deep and most likely can be removed with some over the counter rust inhibitor if the buyer wishes to do so.  The shell is a large size ET68 and there are no cracks or dents whatsoever in the in the shell and so this is about as solid as they get.  The rear lot number being  a lower number and the early war spanner bolts used suggest a factory production date of 1940.  Since the spanner bolts can all be removed without damage to the shell and then reinstalled the buyer might want to consider completing the piece with an aged reproduction liner and chinstrap however I will leave that up to any perspective buyer as I prefer to leave them as they are.