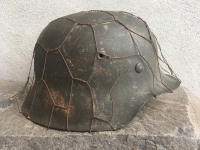 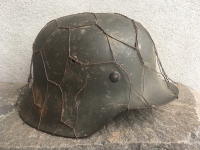 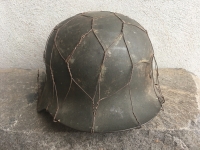 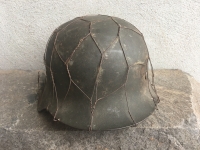 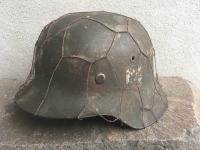 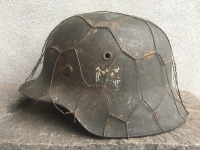 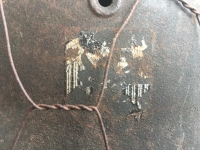 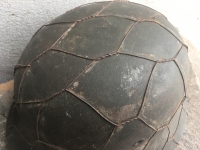 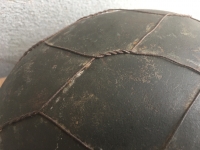 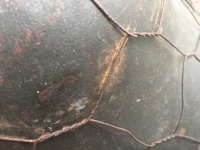 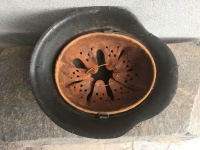 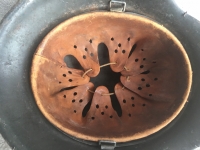 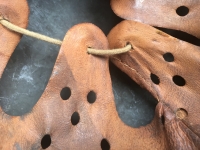 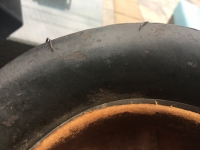 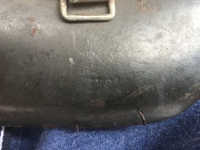 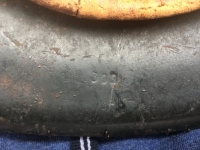 DESCRIPTION
Well it's been quite a number of years since I have been able to offer a genuine chicken wire camo helmet but here it is. This is a beautifully untouched example of a most probably a late war addition of a locally sourced chicken wire fencing in anticipation of the Allied landings.

Helmet came from a direct private purchase of a family friend of a late great vet named Joseph E. Wanless who died in 2007 out of Springfield, IL.

The shell is in great condition with very little surface rust present and is an M42 EF66 rear lot number 309 with a single decal which is a textbook Huber Jordan & Koerner eagle.

I have examined this helmet very closed and believe the chicken wire to be 100% genuine war time applied. There are some ways to look for this such as find a nice amount of metal marriage between the wire and the part of outside shell which is in contact. This means that there is a type of fusion going on where the wire over time sticks to the metal of the shell as the two gentle corrode and bond together into one. Also, even where the chicken wire does not touch the outside shell one can still make out a gray shadowing effect where the two electrical currents of the wire and shell have interacted in a such a way that over time the paint starts losing it's color turning into a metallic gray tone. As a professionally restorer I can tell you that recreating such an effect in my shop here in 2020 is completely impossible as it is a slow chemical reaction that takes decades and decades before becoming visible.

The inside liner is original to the shell and has never been tampered with and has a wonderful honey tone hue to it most likely by the German solider's mink oils he used in his hair and so this is definitely a battle worn example.