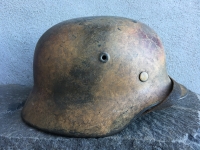 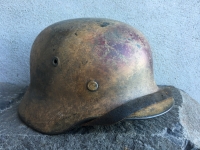 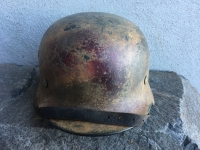 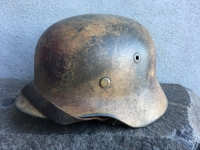 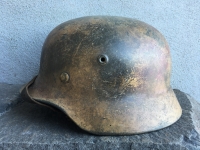 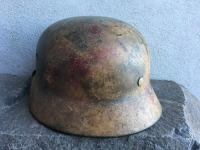 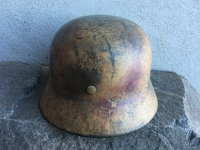 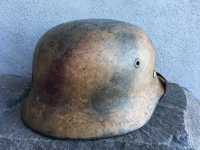 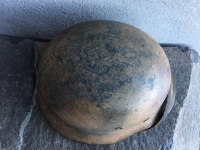 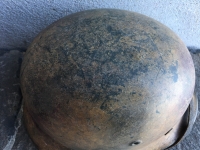 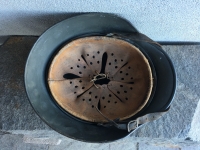 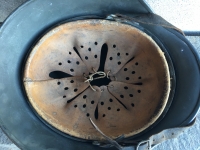 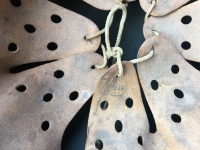 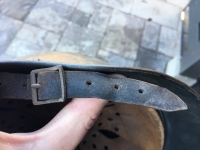 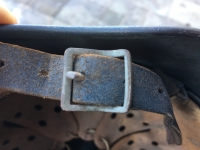 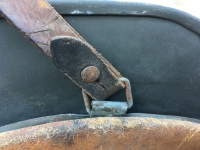 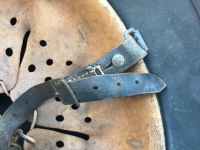 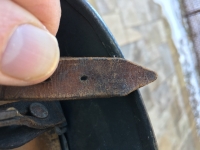 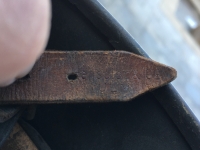 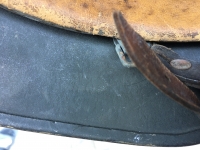 DESCRIPTION
This beauty comes right out of my own personal collection and was bought from a private (non collecting) seller a number of years ago when I first started this site. It is your classic 3-color Normandy camo helmet in base tan dark yellow followed by green and brick red over spray in a large size Q66. The pattern definitely appears to be pneumatically sprayed as opposed to hand brushed on with moderate wear throughout. This is a nice example of a mid-war helmet which would have had a factory Bigfoot Quist decal on it but later painted over probably in late 1943-44 when the Allied invasion from England appeared to be inevitable. Sometimes the soldaten would neatly paint around the decal or mask it off with a shield shaped piece of wet paper and other times paint right over it. If if were me on the front lines I would have definitely painted over it. To hell with politics at a time like that.

The liner system is most likely dated 1940 to match with the original chinstrap and all 3 split pins are completely untouched and tight up against the shell. Rarely do these types of helmets have their original chinstrap still in tact and rarer still one at full length and never shortened like this one which is clearly marked "Henseler & C2 ULM 1940" a lesser known maker.